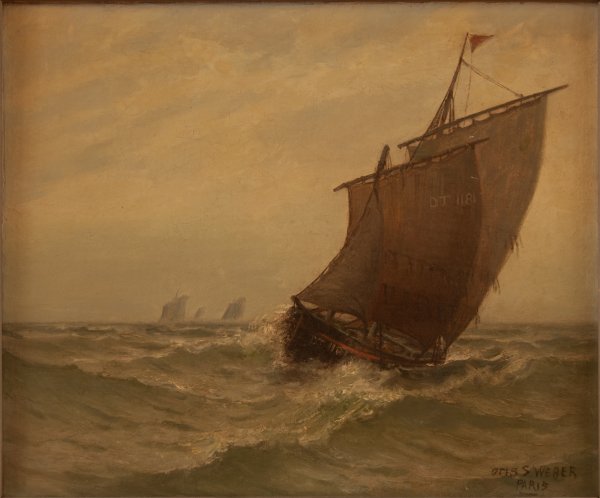 “A marine painter, often working in watercolor, Otis Weber was from New England but little information has been found about his life, although his works frequently go through auction. His paintings date as early as 1876, and he appears to have worked into the 20th century (1).”

“Although he is listed, and works sell regularly at auction, not a lot seems to be known about Weber's life and career, but paintings dated as early as 1876 are known. He seems to have worked into the 20th century. Oil paintings are much less common than watercolors by his hand (2).”