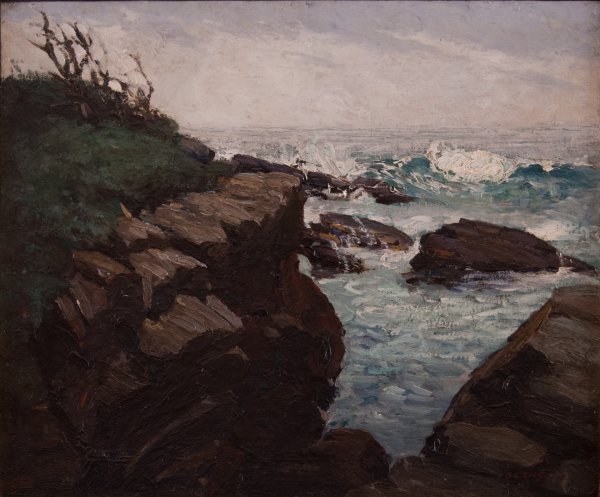 Leon Kroll was born December 6, 1884 in New York City. He came from a musical family: his father was a violinist, and his cousin was William Kroll, American violinist and composer.

Kroll began his studies at the Art Students League of New York under the tutelage of John Henry Twachtman. He worked his way through Art School as a janitor and created mechanical drawings for a living. Kroll then received a scholarship through his school to go to Paris, where he enrolled at the Acadèmie Julian under the preceptorship of Jean Paul Laurens. While in Paris, Kroll participated in many exhibitions and came to be influenced by the Impressionists, and especially the work of Paul Cezanne.

After returning from Paris in 1910, Kroll put together a one-man show and experienced his first financial success. In 1912, Kroll began to be recognized for his painting of cityscapes and industrial scenes. While in New York, Kroll was introduced to The Eight and began exhibiting with them at the MacDowell Club. He also began to travel, painting in Rockport and Gloucester, Massachusetts and on Monhegan Island in Maine. In 1917, Kroll went with his friends Robert Henri and George Bellows to Santa Fe, New Mexico.

In the 1930's Kroll worked on murals for the Department of Justice Building. He became an instructor at the National Academy and also taught at the Maryland Institute, the Art Institute of Chicago, and The Pennsylvania Academy of the Fine Arts. In the 1930's Kroll also received three major awards. Through the National Arts Club he was awarded the Maida Gregg Memorial Prize. The Pennsylvania Academy of Fine Arts awarded Kroll with the Beck Gold Medal, and the Indianapolis Art Institute awarded him a Purchase Prizes.