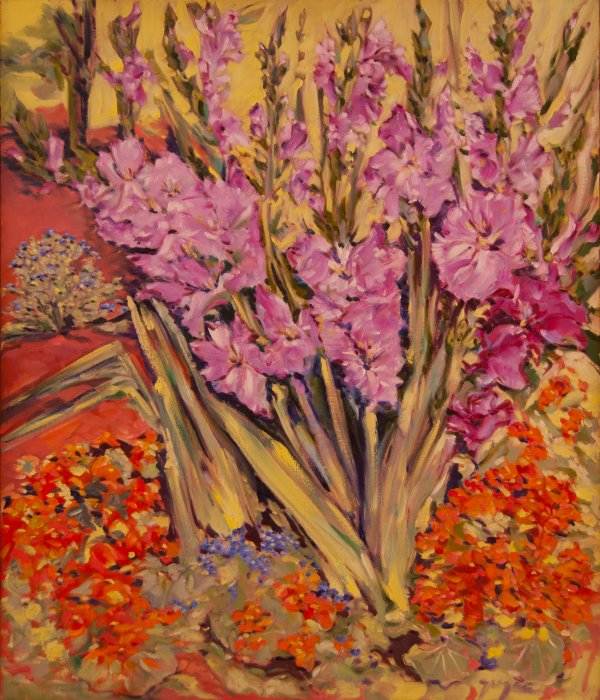 Eugene Gregan was born in 1937 in New Haven, Connecticut. At 75, he remains a productive painter.

Growing up in New Haven, Gregan lived in his city neighbourhood but developed his rural skill set at his grandparents' dairy farm. Gregan was a successful athlete, student and an avid reader. In spite of this, he declined an Ivy League football scholarship in favor of a classical painter's training at the Rhode Island School of Design (RISD). As a child he witnessed Rudoph Zallinger paint his great mural "The Age of Reptiles" at Yale's Peabody Museum of Natural History. Gregan ultimately completed a long yellow copy of that piece, rendered in charcoal that was saved by his mother in the late 1940's and remains in his studio.

Gregan worked in figures and still life images on large canvases, winning various scholarships, art festivals and awards, before moving to Taos, New Mexico to study watercolor techniques with painter Tony Candido. Sometime later, he returned East to teaching positions at the Rhode Island School of Design and Brown University. In the 1960's, he worked alongside some well-known design and architectural masters, including the late Norman Ives as well as I.M. Pei, Joseph Albers and Herbert Matter. A regular during those years at New York's Cedar Tavern, Gregan stayed true nonetheless to his classical painter's training. However, there were subtle influences of oriental inks and calligraphic techniques into his work, along with other historical materials and practices from both the Chinese and Japanese traditions.

Following prolonged travels in Europe and North Africa, Gregan spent nine months in California studying Tibetan art before returning to his Brooklyn studio and teaching positions at Parsons School of Design and Trinity College . In the years since 1970, Gregan has maintained his interest in a variety of styles and media, most often in oil paints on linen or hemp canvas, as well as often in stone, jewellery, wood carving or in the crafting of his own precision tools.

In 1970, Gregan moved to a home in the Catskill Mountains, in Ulster County, two hours north of New York City and not far from where he lives today. In 1974, at the request of Rinpoche Chogyam Trungpa, he traveled to Boulder, CO to establish an art department at the Naropa Institute. When he returned to the Catskills it was with his wife Beverly, from whom he's since been " inseparable."

Mr. Gregan was kind enough to spend the time and speak to our staff over the phone. He is not only a talented artist, but is also a vital and energetic gentleman. He is actively painting. He confirms a long list of famous personages who collect his work (noted above). You can find out more about this creative and articulate individual at http://www.eugenegregan.com.